When I was about 5 years old my brother, his friend and I would walk around our neighborhood selling cherry tomatoes and cucumbers. The boys were in charge of pulling our red wagon and decidedly by them, I would be the one who would have to walk up to every house, knock on the door, put on a smile and throw them my sales pitch. “Cucumbers 3 for $1 and cherry tomatoes 10 for$1.” It is funny how till this day I remember what we sold and for how much. I would go door to door to door knocking and selling whatever vegetables we had.

Selling vegetables door to door stop being cool once I hit my teenage years where I found other ways to make money. At age 18, I got accepted into my dream school UCLA and wanted to pursue a career in politics and social affairs working with Amnesty International or on grass roots political movement, but I was quickly drawn to business again. I spent the next 8 years traveling and building a business selling and promoting different products and services. The people I was working with really had me blind folded with the con artist they ended up being. My intentions were always good and ethical, but theirs we’re to take advantage of people.I mean for 8 years they promoted “work hard, build a business and have time freedom & residual income” When I finally wanted some time freedom and keep my income I was earning & had built for myself, the “owner” of this company YOR Health, decided “it wasn’t the right timing” according to him. So his factious actions he took were to take it away all together.
How legit is that?
As any teenage girl would behave when she is suddenly angered or upset, the “owner” &his right hand man, an insecure and in the closet about his personal life guy , began to create rumors & lies threatening my reputation and credibility. I guess they were upset that I actually wanted that thing they promoted “time freedom” and didn’t feel like spending 24hours a day with them and promoting only these products. I wanted to pursue additional things & they had a major problem with it. In fact, anyone who ever attempted to do the same usually ended up in the exact same cookie-cutter sudden loss if business scam this company operated. How legit does that sound?? Exactly. Lies. Lies and more lies.

So 3 years ago I parted ways and could no longer work with them promoting something that was unreal and unethical. I made some amazing friends and as the good old saying goes ” one closed door leads to another open door” I strapped my shoes on and kept progressing forward.

Many others who discovered the same grimey things I did about YOR Health took a much different approach pretending it was “ok” for these people to lie to them and scam them the way they did. They took the “let’s stay “friends” approach” which I don’t stand for. They pretended like it never happened or that they never knew anything about it. Protecting the owner & his little minion parter. Sounded to me like a very Penn State Sandusky scandal kinda thing. These others slowly walked away and kind of nestled and hid behind the fact that they needed to change and continue to progress on to the next chapter of their life. Some took my approach and continued to move forward in life progressing, traveling more, marrying the love of their lives, beginning a family, etc. others are quite about what they do now or simply don’t do much. For me, this was no big deal. Just open up another door and one thing I’ve learned to do is when you step into something don’t tippy toe in… Take a bold step forward.

I made a lot of changes in my life and actually ended up doing things I had been putting off for years like traveling which I love! The past 3 years have taught me that a snowball effect can happen with your own life once you get the ball rolling by taking your first step forward. Things started coming together for me the minute I made a decision to change and progress and not to be stuck on the past. I moved to NYC and lived on the upper east side, started dating, met my soulmate and started a dating coaching business because of it and now coach clients on how to meet people. My years in sales have helped me acquire the skills to be able to talk and meet anybody! So now I share that with people.

I have also pursed my passion in real estate and design which I’ve had for many years! I remember when I was at UCLA I used to drive around Beverly Hills and just look at homes. I would admire the architecture and design and also was intrigued by the people living in it and those selling these homes.
I could watch HGTV for hours… So today I also work in architectural sales and my clients and I work on developing some of the most high end luxury hotels, restaurants and homes across the world!

When I moved to New York City I became fascinated with the real estate market. I saw how demanding it was and the fact that this little island was like a sanctuary meaning no matter how bad the economy was in every other part of the country or world, this little 22 square foot mile island was untouched by it and home prices continued to rise. With vacancy rates lower than 1% it was no wonder I thought I’d be homeless and never be able to find an apartment when I moved to NYC. With the average selling price at 1.45million I didn’t have to be too smart to see the lucrative opportunity in it for me as well. Likewise across the river in the boro of New Jersey I do the same and with the help of some great business partners we are beautifying some neighborhoods by taking junk F’ugly houses and making them pretty and live able again! So I help people find their dream homes, or get rid of their ugly home. I have paired up my design skills to help sellers prep their home for selling it or new homeowners customizing their home. It is all one big melting pot for me!

To think that 3 years ago I knew nothing about the industry. I Didn’t know a thing about mortgages, interior design, home values, pricing, property taxes, creative ways of homeownership, tax credits, negotiating and completing a transaction, to name a few. I learned it. I was fortunate to have great friends and mentors who were open enough for me to learn from them. They are veterans in the real estate industry and I was smart to remember one thing: If someone offers to teach you something, don’t be stupid not to learn. Be appreciate and learn to leverage off the years it took someone to learn something you can pick up in half the time….if you just perk your ears up to listen and pay attention.

I’m as excited about what I do now as I am for some other businesses I have cooking up and soon to launch.
Maybe I am a little different and can handle doing more than one thing or maybe the work hard bug bit me when I was a kid and witness my parents work their butt off or maybe I am guilty of wanting to accomplish a lot…not sure. What I do hope is that we can learn to continue to move forward and progress. My boyfriend is someone who has inspired me to continue to be better and accomplish a lot. He is so well balanced with his life and his business which he had the courage to start not when he was down in life which most people do. He quit his job where he was making six figures and took a step towards financial independence to start up his company with his friend.
A risk taker?
A stupid move?
Courageous?

Many people have their opinion. Mine is one of feeling proud about him for pursuing what he wanted. He like many people who pursue what they dream of, was faced with the challenges and a learning curve. Listen people: There Is No Way Around It!!
It is a step we must all pass thru. So don’t be afraid to do it.

In conclusion to my long winded story, if your currently working somewhere and feel stagnant look into certifications or skills that your company would like you to have that could lead to a promotion and go get them! If you have been wanting to make a move or change jobs or the industry you are in, do it!
If you’ve always wanted to start that rock band or clothing line or bake shop…Do it! Start small if you have to,but at least take a step forward with it. Talk to your partner or a close friend whom you trust. Speak to them about what you want to do and maybe they can help you make a plan to make a change. 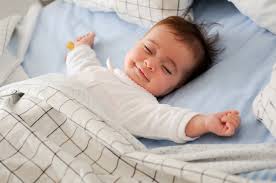 How To Turn A World Tragedy, Into A Valuable Lesson